Another Christmas has come and gone. The plan had been to complete and post this as a Christmas treat – such delusions! Only missed it by a few days!!  🥺

von Peter himself has stumbled onto another miniature maker of potential interest. Piano Wargames out of Germany is producing some very interesting Württemberg 1806-1812 miniatures. For the modern gamer / collector these figures are available as STL files for 3D printing. For the more traditional figure purchaser it seems that they will also be available as metal castings eventually. 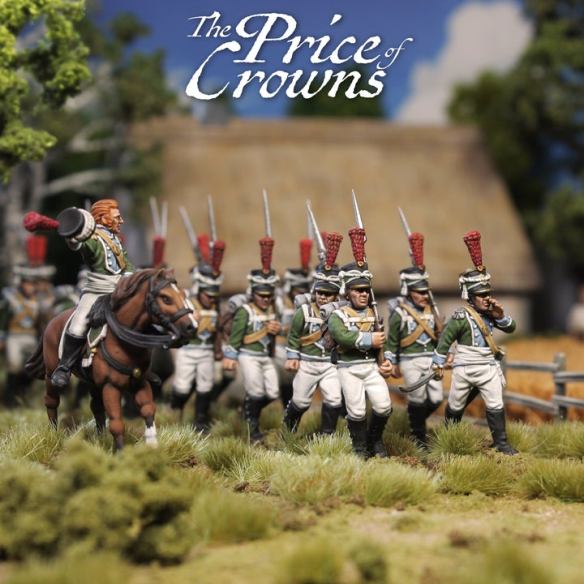 The commencement of the Württemberg 1806-1812 range was courtesy of a Kickstarter campaign “The Price of Crowns” which provided the bulk of the infantry. The follow up campaign “The Price of Crowns 2” will provision the cavalry, artillery, Royal Foot Guard, a second set of line infantry command and a General Vandamme figure. If The dear reader is interested the kickstarter closes on 10th January 2022(?) and is already fully funded. 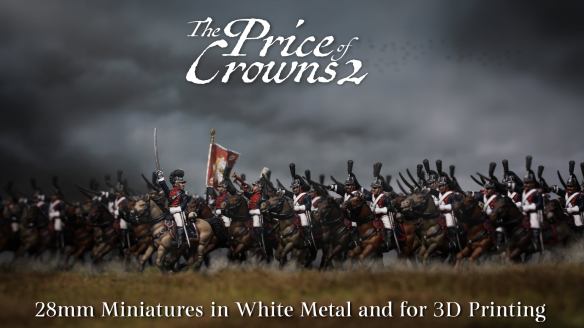 The figures look good and importantly for von Peter himself come with variants. But how well they work for 1813 is a question and they may be a tad too small for the taste of von Peter himself with his mostly Calpe Miniatures and Front Rank Figurines armies. Then again if 3D printing the figures then perhaps they could be adjusted to print a slightly larger figure but what this may do to muskets, swords etc may not be desirable. 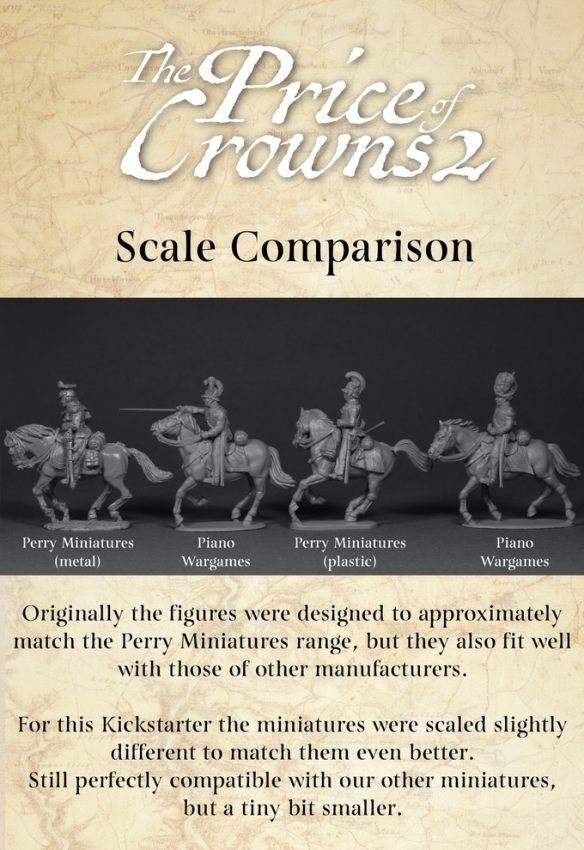 Above: borrowed from the The Price of Crowns 2 Kickstarter. Figures that fit so well with the Perry ranges are a bit small for von Peter’s liking when accompanied by his larger Calpe & Front Rank figures

As a nice bonus the downloads area of the Piano Wargames website has some downloadable Württemberg infantry flags.

Pictures from the Piano Wargames website, facebook page and their The Price of Crowns kickstarter pages. All of the sites are worth a visit to view some well painted figures and lovely vignettes using them.

As a corollary to the above Sonic Sledgehammer Studio has a painting tutorial ostensibly on painting white horses but the video actually covers painting the human figure as well. And wouldn’t you know it the figure being painted is a Württemberg mounted officer from Piano Wargames …

Father Christmas has been beseeched upon to provision the new 1898 Miniatures 28mm Thirty Years War Cavalry. He has even been granted special dispensation to deliver after the 25th of December. In fact this is expected. As long as the requested order arrives all will be well. 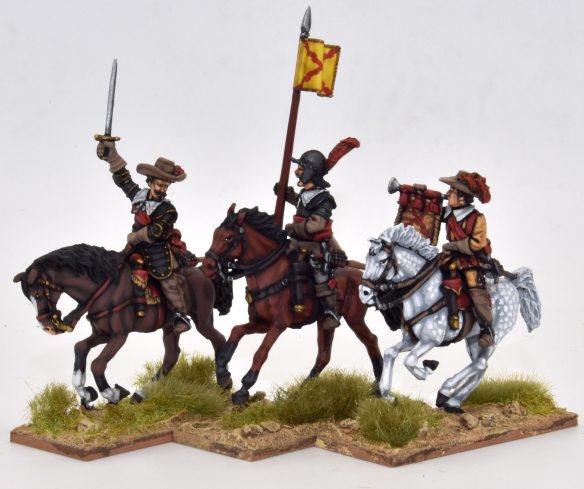 The sale of Front Rank to Gripping Beast is still proceeding, we are really sorry but the the legal side is taking much longer than either us or Gripping Beast anticipated.
Thank you so much for your continued interest and patience, both Front Rank and Gripping Beast are doing everything we can to hurry things along.
Our apologies but Front Rank is unable to process any orders at this time.Kind regards

Maybe for next Christmas!!!  🥺 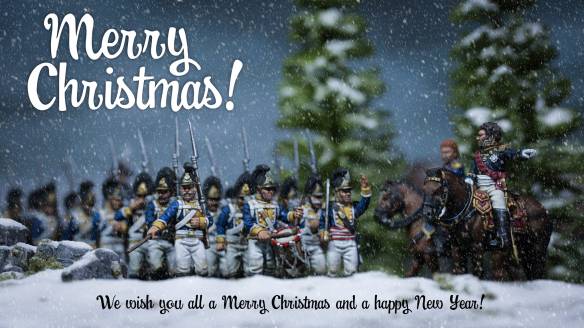 The ongoing paint brush preservation campaign continues unabated with huge success, i.e. not much painting activity going on at Schloss von Peter. The brushes aren’t totally dormant but they are dissapointingly idle. There – the truth is out. It’s all those idle paint brushes fault! Naughty nasty idle brushes!!

On the plus side the presses of this here blog have been running overtime with the number of posts / updates released in the last weeks at a historic high. At least von Peter himself thinks this is on the plus side!  8O)  So here we go again …

Michael V. Leggiere has rapidly climbed into von Peter’s list of authors most meritorious. Michael will be glad!  8O)  Two of his books are already to be found in the the official military library collection at Schloss von Peter. And now there is a third.

This latest acquisition to von Peter’s library is Blücher: Scourge of Napoleon by Michael v. Leggiere. Few of The dear readers will be surprised to hear that the book focusses on the career of Generalfeldmarschall Gebhard Leberecht von Blücher of the Prussian Army.

Assigned the acclamation “Marschall Vorwärts” (“Marshal Forwards”) by his troops Blücher is famous for his part in the Allies liberating Germany in 1813 and removing Napoleon as Emperor of the French in 1814 … and again in 1815. Where would the Allies – and indeed Napoleon – have been without Blücher’s drive and determination?

Some of the myths around Blücher are apparently debunked in this book, e.g. he was not the auto attack leader of repute having retreated more times than he attacked; and he was not the military dullard reliant on his famous Chiefs of Staff Gerhard von Scharnhorst and August von Gneisenau with both of whom he built a formidable partnership.

von Peter himself has reached page 30 of the book and we are still looking at Blücher’s pre French Revolutionary Wars experience. Very easy and interesting reading to date. It’s looking like this purchase will be getting a big tick in the successful purchase column. 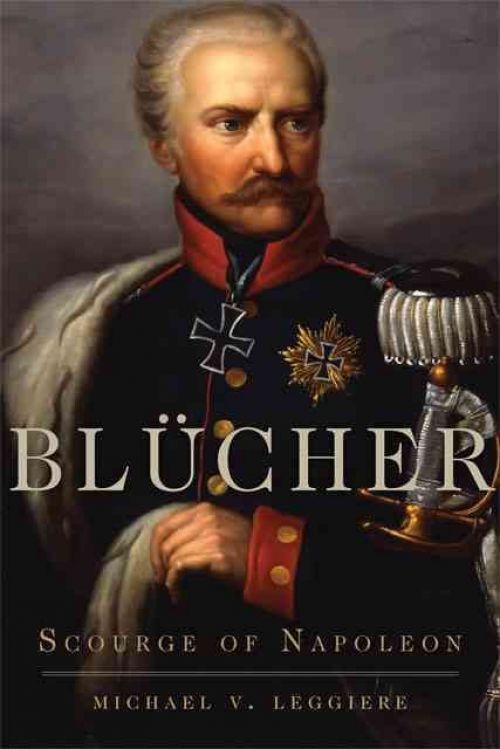 As an aside … while snooping around the web von Peter himself stumbled upon Napoleon and the Struggle for Germany: The Franco-Prussian War of 1813. Vol. I: The War of Liberation, Spring 1813 also by Michael V. Leggiere and due to be published in February 2015.

This is to be followed at some stage by Napoleon and the Struggle for Germany: The Franco-Prussian War of 1813. Vol. II: The Defeat of Napoleon. von Peter himself cannot get enough information on his favoured 1813 campaign. The sooner these two books are released the better!

If nothing else the books should win an ward for the length of their titles which almost constitute books on their own!!  8O)

Upon hearing the news that the The History Book Man had released their latest e-book ‘The Army of The Kingdom of Bavaria 1792-1814′ not a minute was wasted before von Peter himself had placed his order for said e-book. Somehow – and there will perhaps maybe possibly be an enquiry into this – the e-book The Army of The Kingdom of Württemberg 1806-1814 was included in the order.

Both e-books promptly arrived and a quick perusal of both reinforce the opinion of von Peter himself that these are wonderful reference e-books. Absolutely unbeatable when the price is factored in. 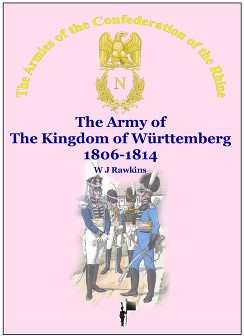 Another most looked for package from Calpe Miniatures has safely completed the transition from the olde world to Schloss von Peter in the new world.

Part one of the contents was a French march attack battalion for The son & heir … which are to be painted as the 1/2 Italian Line Infantry Regiment. We have had cause to discuss contrary teenagers before. Enough said. Next.

Part the interesting of the contents was a few newly released packs – both French and Saxon. The raw listing looks like …

All the above are four unique figure packs. Note that while the code is official the description is not necessarily the official description.

There are more packs to come. Such astounding in depth shock horror never saw that coming information! An interesting snippet is that there are pack(s) of second row advancing Saxons to come. Presumably these will have their muskets in a 45 degree ‘high porte’ manner. Time will tell.

As most of you know, I have closed down for August for some years now. This allows me to have a family summer holiday. It also gives me a couple of weeks in which I can carry out some maintenance on workshops and machines without the usual pressures associated with running the business. For family reasons, I am closing down slightly earlier this year. As from today, 24th July, I am closed for business until 1st September. I hope you all have  an enjoyable summer.

It looks like von Peter himself will have ‘his precious’ all to himself – or at least mostly to himself – for a little while yet.  8O)

Back in the real world The dear readers may be interested to know that The results are in! This little article gives some limited information gleaned from the survey results and to quote from the article …

The full set will need some more processing – there are nearly a million elements of data resulting from this survey – and they will be published in issue 75 of Wargames, Soldiers & Strategy, but here are some preliminaries.

So if your appetite is wetted for more then save up your pounds / dollars / favourite currency and get yourself issue 75 of Wargames, Soldiers & Strategy when it is released.

There was meant to be more, e.g. news on the La Bricole forum, but that will need to wait for the next post or else this one will never make it to the presses.

Most pictures and all posts copyright © Peter Haldezos 2012-2022