Christmas 2017 is looming larger and larger day by day. Hurrah! In the spirit of seasonal festivities von Peter himself brings a little joyous news for fans of Calpe Miniatures. What follows is part of an email responsive from Calpe Towers received on Sunday 10 December 2017 …

The Saxon firing line figures are indeed complete with the exception of the last pack which is waiting for the grenadiers to be completed so that I have enough new figures to make a master mould. The following figures are available at the moment –
S52 – Headquarters pack. Two mounted staff officers and two standing figures.
S53 – Firing line. Three figures firing, three loading.
S54 – Four musketeers holding fire.
S55 – Variants pack. Two head turn figures and two with greatcoat rolls.

S60 is almost complete but will not be available until Jan. of next year. This will be the first of the light infantry packs and will be the Jaegers, a 6 fig. pack in skirmish poses. The light infantry is set to go but has been stalled by conflicting bits of info. Not sure currently of bugle horns on turn-backs, sidearms, officer’s shabraques, pompons or officer’s surtout. Thought I had made all decisions necessary but new info. has surfaced from J. Titze (booklets only available in German) which has thrown a spanner in the works. Will discuss this via email with Peter Bunde over Christmas and get going with the sculpting in Jan. 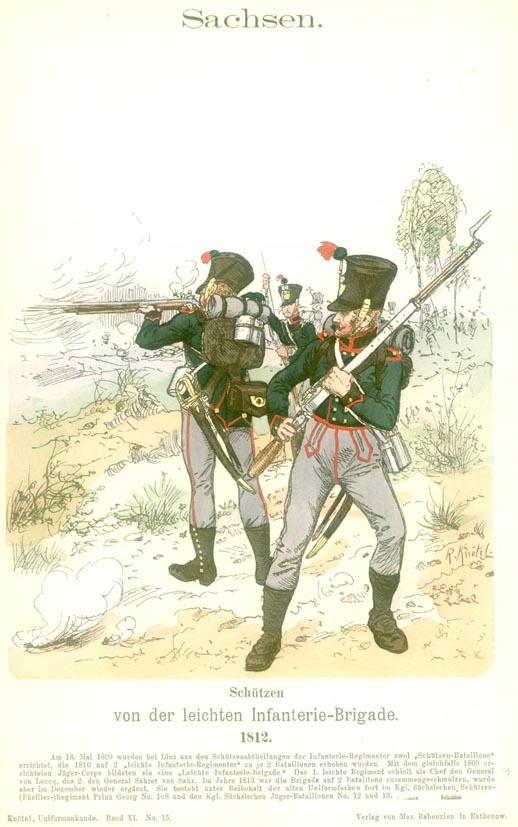 The firing line figures were expected. The pack S52 – Headquarters pack. Two mounted staff officers and two standing figures was not. The description of this pack has Peter himself thinking of the French F18 Regimental headquarters pack which also contains two mounted and two standing figures. Even in von Peter’s ham fisted hands F18 gave a pleasing result – see below for a recycled picture – so S52 will be looked for with interest. 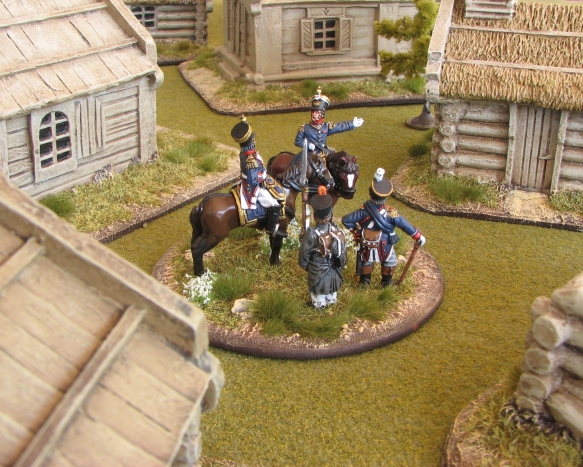